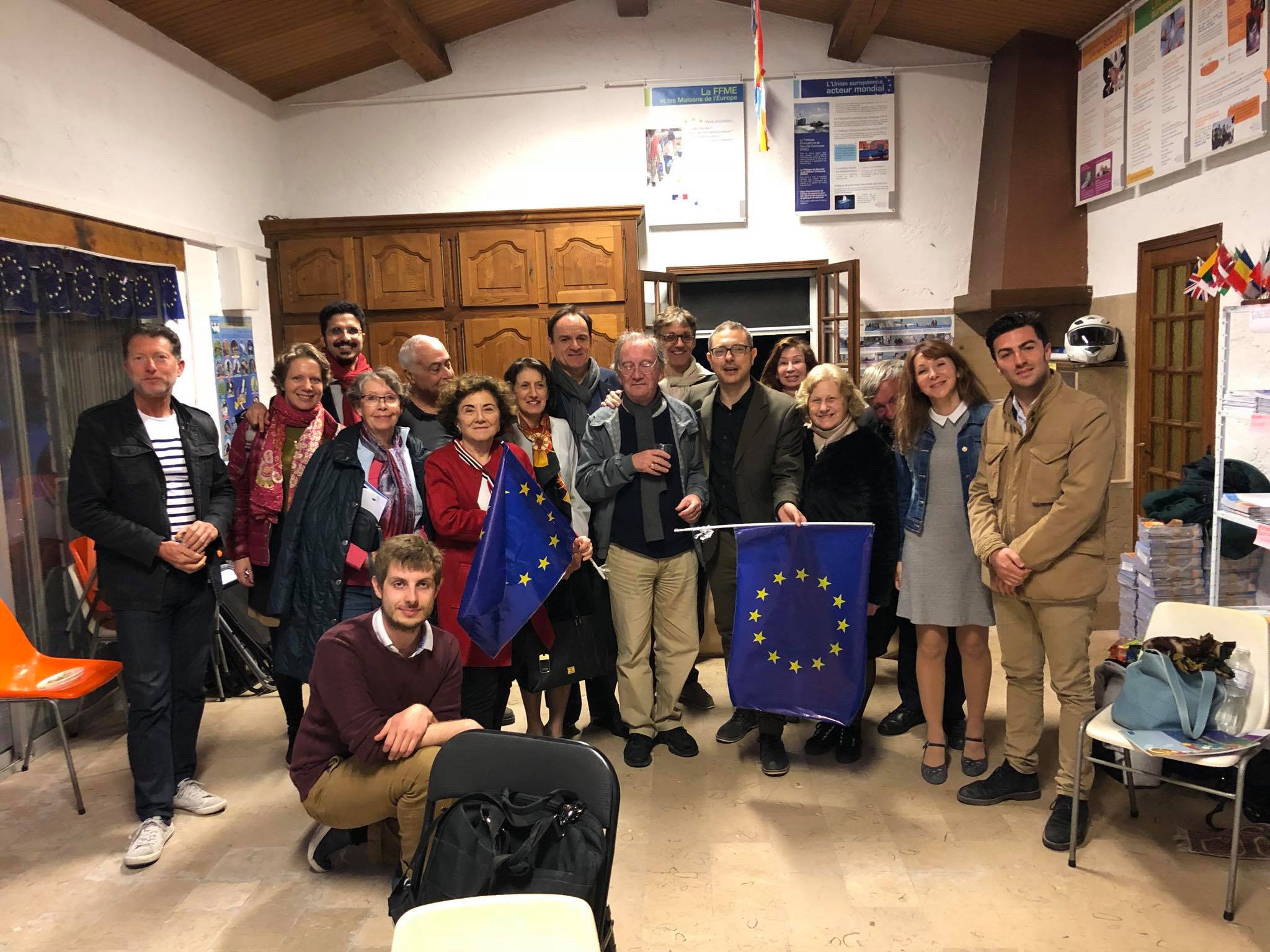 In a first moment of meeting, Alain Pierre Merger presented the association and the goals of this European association. Then he presented Alfonso Santarpia (associate professor at Aix-Marseille University), research member concerning the RE.CRI.RE project.

Alfonso SANTARPIA presented the general idea and results of the project RE.CRI.RE.

In a second moment, he presented the notion of -Symbolic universes between present and future of Europe. First results of the map of European societies’ cultural milieu. He presented the framework, method and main findings of an analysis of cultural milieus in 4 European countries (Estonia, Greece, Italy, and UK). The analysis is based on a questionnaire VOC. He explained 5 symbolic universes, that correspond to basic, embodied, affect-laden, generalized worldviews: a) an ordered universe; b) a matter of interpersonal bond; c) a caring society; d) consisting of a niche of belongingness; e) a hostile place (others’ world). These symbolic universes were also interpreted as semiotic capital: they reflect the capacity of a place to foster social and civic development.

Discussion with the audience.
lot of questions, a real curiosity and deep interest for the conference and the notion of symbolic universe (understood easily on the logic pessimism/optimism):