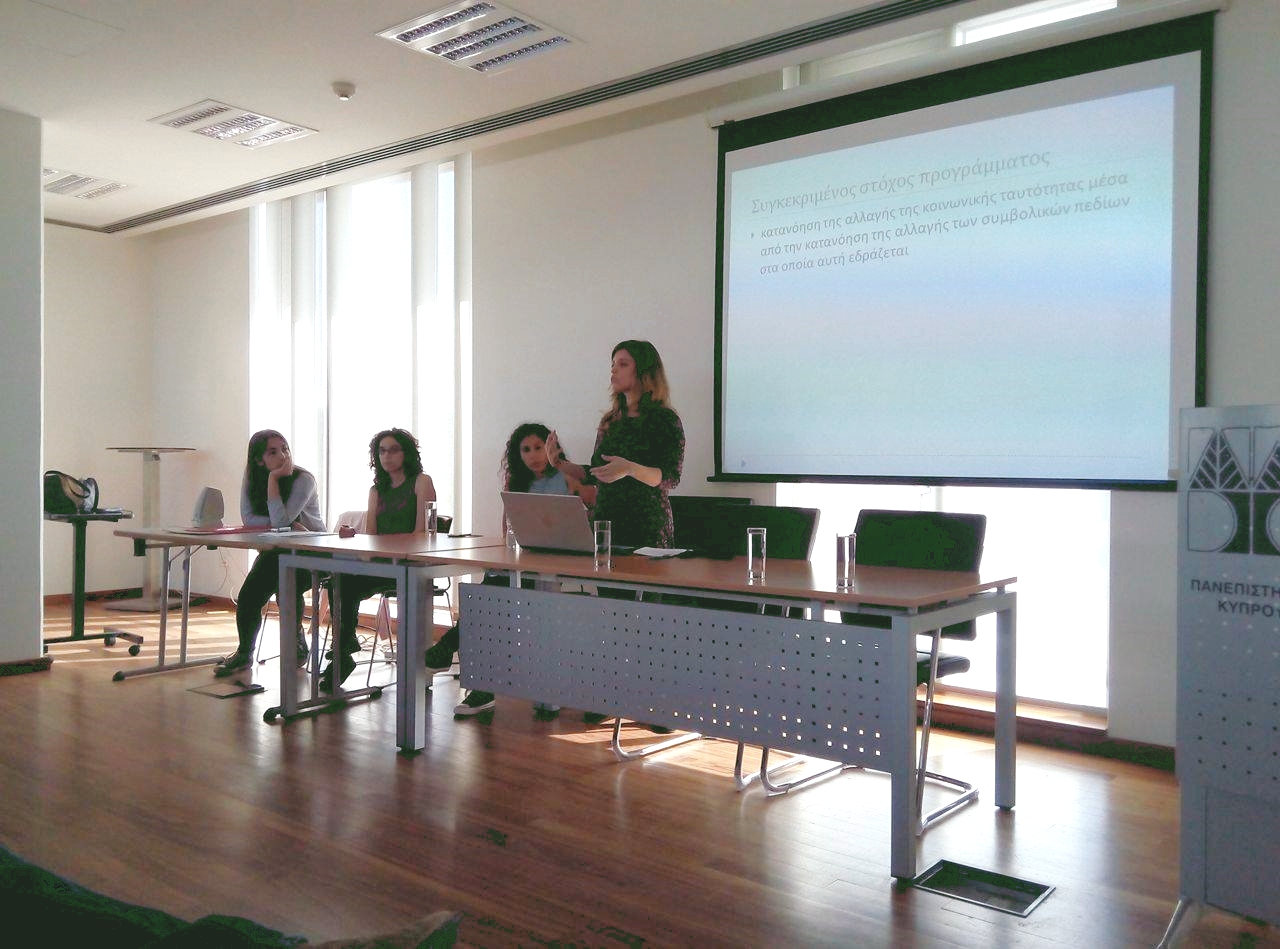 Î¤he Genetic Social Psychology Lab of the Department of Psychology at the University of Cyprus hosted an event entitled “Social Representations of Migrants and Refugees in the Greek-Cypriot Media” on Wednesday, 27 April, 2016 during which the public was informed about the goals and preliminary findings of the RE.CRI.RE project.

More than forty people including researchers, academics, NGO representatives, and students, joined the event and actively participated in the Questions and Answers session (Q&A) and the discussion that followed the presentations.