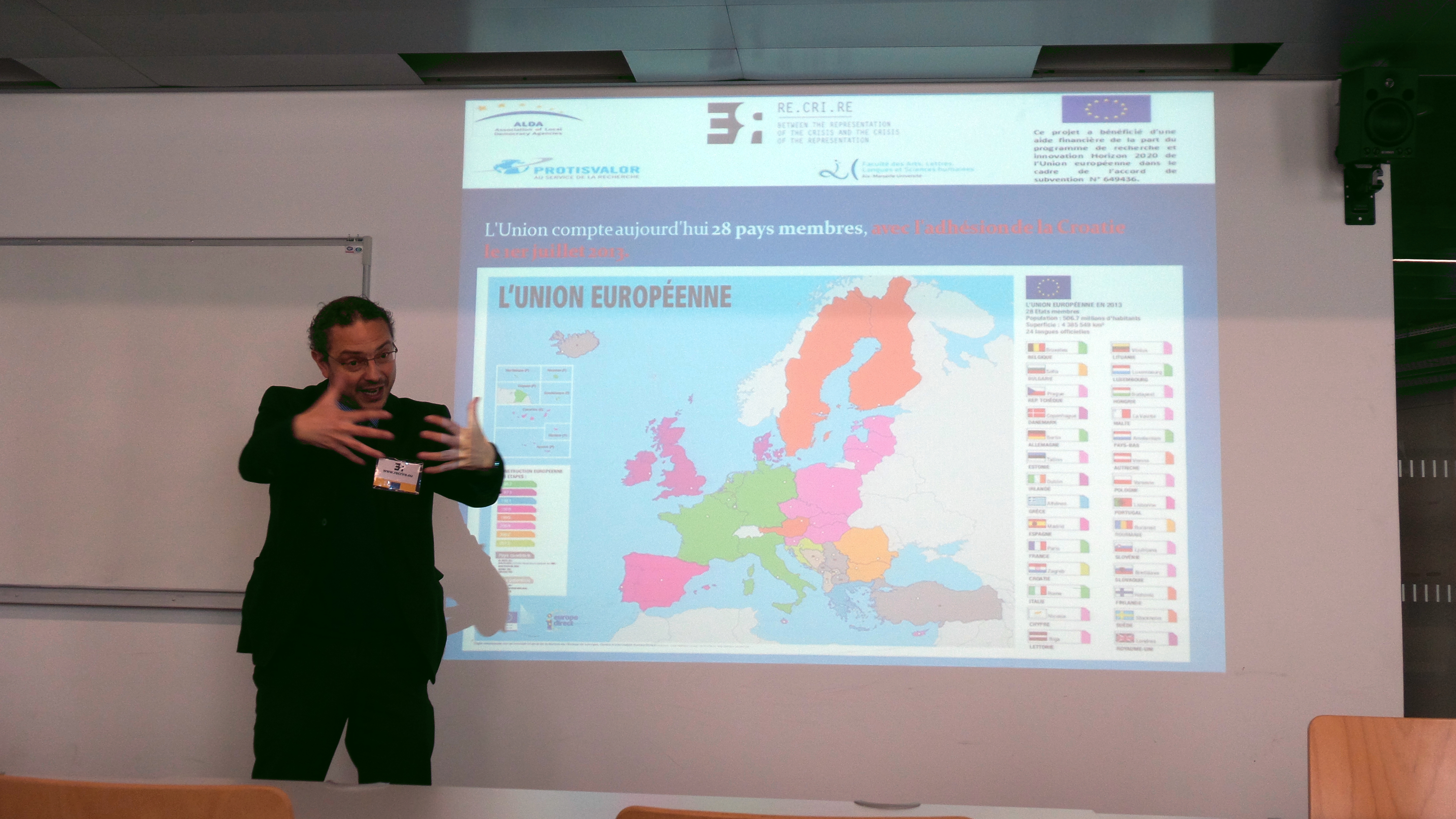 A working seminar was organised at the Aix Marseille UniversitÃ© (France), on Thursday 28th Avril. A small number of cultural and social association members were invited to the seminar, with the aim of introducing RE.CRI.RE to participating members and to stimulate to fill. The seminar started with a detailed introduction by Alfonso SANTARPIA (associate professor at Aix-Marseille UniversitÃ© and member team of RE.CRI.RE in France) on the construction of European Identity. Firstly, he highlighted mythological dimension (for example, Europeâ€™s myth or the history of the European Flag), philosophical and social dimension of the identity. Secondly, he focused his speech on several crises in Europe (immigration and Greek situation . Finally, after these introductions, He provided a detailed overview of the aims and details of RE.CRI.RE, with particular focus on the questionnaire VOC. This strategy has been used to mobilize people to fill in the questionnaire VOC and tests, important tools for the project.

There was in the group, Carole Le CloÃ®Ã©rac (IngÃ©nieur dâ€™Ã©tudes CNRS, Institut dâ€™ethnologie mÃ©diterranÃ©Ã©enne, europÃ©enne et comparative). She highlighted crucial role of the trans-disciplinary approach in the construction of the work packages.
The presentations were followed by detailed and opened discussion on French identity and European identity. There was a critique point on the French vote concerning the referendum in the 2005 where French people showed their opposition to the European project.