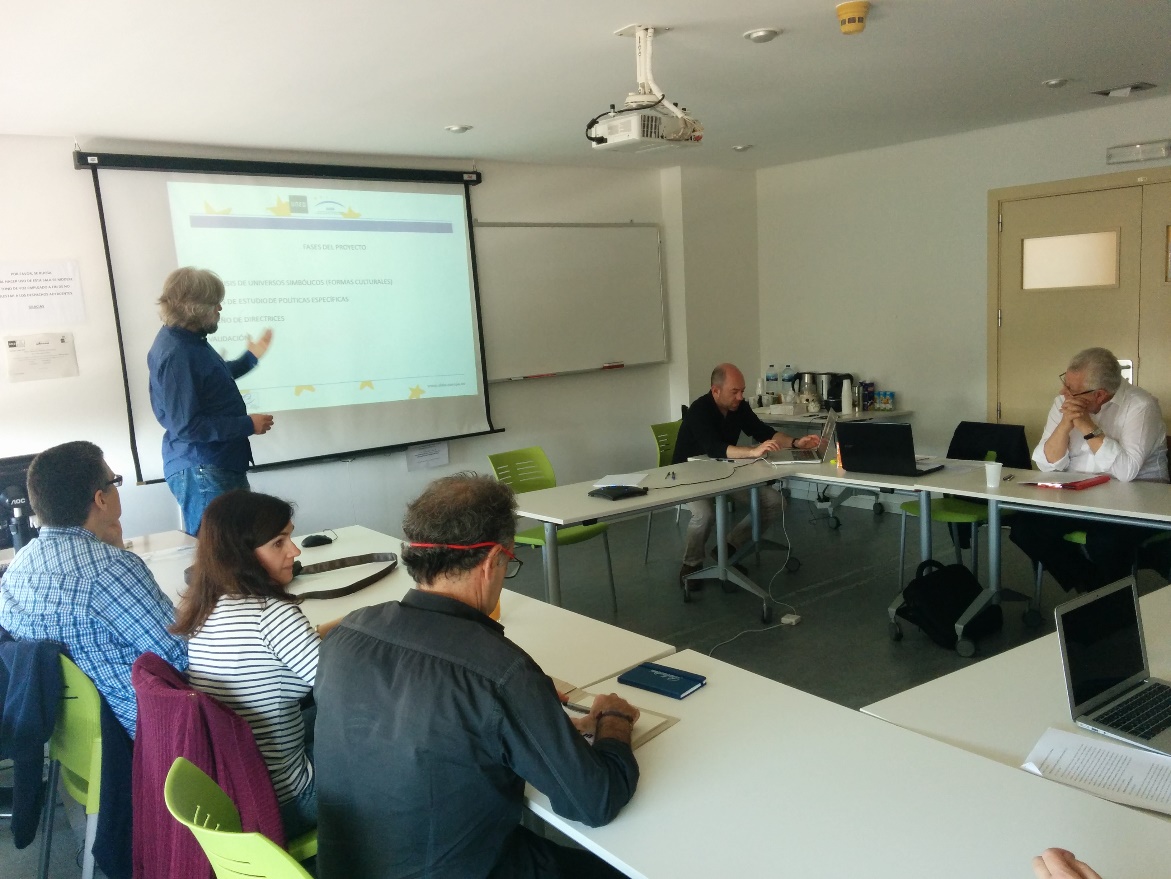 The working seminar was structured in two parts. The first part consisted of an introduction carried out by Professor Jorge Castro. Projectâ€™s main arguments and goals, phases, theoretical framework and ongoing results on the analysis of symbolic universes were briefly presented and summarized. The second part opened the debate to the participants, who could express their doubts, suggestions and points of view regarding different aspects of the project (goals, theoretical framework, methodology and attended outputs).